Depression is a common and complex mental health disorder that affects millions of people around the world. Despite its prevalence, the causes of depression are still not fully understood, making it difficult to effectively diagnose and treat. However, recent research has begun to shed light on some of the underlying mechanisms behind the disease, and one promising area of investigation is the gut microbiome.

The gut microbiome is the collection of microorganisms living in our digestive tract, and it has been found to play a role in a variety of health conditions, including mental health disorders. A growing body of evidence suggests that there may be a link between the gut microbiome and depression, with some research finding that people with depression have different gut microbiomes than those without the disorder.

A new study published in the journal Nature Communications adds to this growing body of evidence by investigating the relationship between the gut microbiome and depression in two large cohort studies. The researchers analyzed the fecal microbiomes of over 2,500 individuals and found that certain microbial taxa (types of bacteria) were more common in people with symptoms of depression.

These bacteria are known to be involved in the synthesis of neurotransmitters like glutamate, butyrate, serotonin, and GABA, which play a role in mood regulation. The study suggests that the composition of the gut microbiome may be an important factor in the development of depression and that targeting the microbiome could potentially be a new approach to treating the disorder. 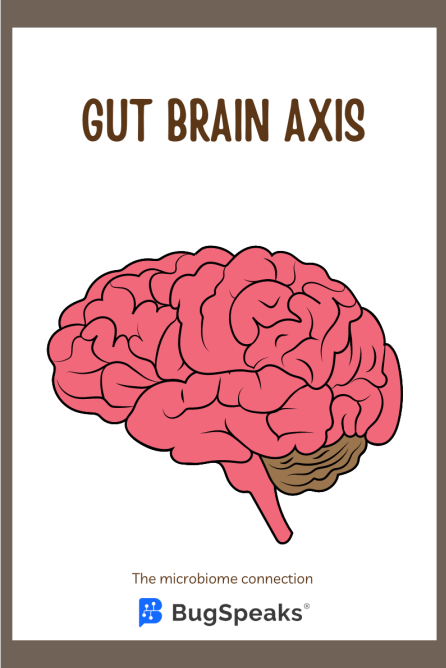 In addition to the previously mentioned microbial taxa, the intestinal bacterial strains Eggerthella, Subdoligranulum, Coprococcus, and Ruminococcaceae have also been reported to be associated with major depression in earlier studies. Eggerthella has been consistently found to be increased in cases of depression and anxiety in 8 different studies, which is in line with the findings of the current study. There is evidence to suggest a causal link between major depressive disorder (MDD) and Eggerthella, but further investigation is needed to confirm this.

Similarly, Subdoligranulum and Coprococcus have been consistently found to be depleted in individuals with generalized anxiety disorder and depression in several studies. In a recent study, Coprococcus was depleted in rats that exhibited depressed behavior following a fecal transplant from depressed human subjects, suggesting that Coprococcus may have a causal impact on depression. Both Subdoligranulum and Coprococcus are involved in the production of butyrate, and Subdoligranulum was found to be increased in a diet rich in omega-3 fatty acids. A previous meta-analysis has shown that omega-3 fatty acid supplementation, specifically eicosapentaenoic acid (EPA), is beneficial for depression.

At the genus and family levels, Ruminococcaceae have been found to be depleted in cases of both unipolar and bipolar depression. A similar pattern was observed in a study by Bosch et al., with several genera belonging to the Ruminococcaceae family being depleted in those reporting higher levels of depressive symptoms, which is consistent with the results of the current study.

While more research is needed to fully understand the gut-brain connection and the potential role of the microbiome in depression, this study adds to the growing body of evidence supporting the importance of gut health in mental well-being. Taking care of our gut health, through a healthy diet and lifestyle, may have important implications for our mental health and well-being.